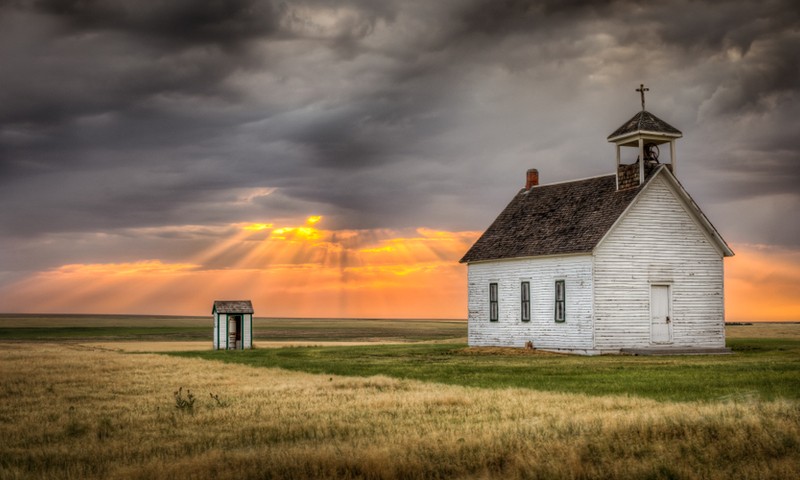 In this article I will talk about Church encoding, the mechanism by which we can encode operators and data using lambda calculus. In particular I will use JavaScript to demonstrate how we can use lambda calculus to implement boolean logic and basic arithmetic.

This is a follow up to my previous article, An introduction to Lambda Calculus, explained through JavaScript, which I recommend reading first if you are not familiar with lambda calculus. Much of what I write about in this article is inspired by the puzzle book To Mock a Mockingbird, by Raymond Smullyan, and also the 2 part YouTube series, A Flock of Functions by Gabrial Lebec.

This StackBlitz demo contains examples of all of the functions discussed and used in this article.

What is Church encoding?

With lambda calculus, all we get out of the box are variables, function abstraction, and function application. Essentially we have a language where the only primitive data type is a function!

Amazingly, from this we can implement operators, data structures and formal systems such as boolean logic and arithmetic. In fact, we can compute anything - lambda calculus is Turing complete!

The way we do this is through Church encoding (named after Alonzo Church). Shortly we will look at how we can implement Church encoding for boolean logic and arithmetic of natural numbers.

Combinators are simply (pure) functions where all variables in the body of the function are bound to a variable in the head.

A simple example of this in Lambda calculus:

There are certain combinators which crop up again and again and have useful applications, and we will introduce some of these next. Some of them may seem trivial and pointless to begin with, but we will see how they can be used to implement formal systems and perform useful computations later on.

You will notice that most of the popular combinators happen to be named after birds, and this is no coincidence! These names originate from a popular puzzle book, To Mock a Mockingbird, whose author Raymond Smullyan decided to give the combinators bird names, in honour of the mathematician and combinatory logician Haskell Curry`s love of birds and bird watching.

The Identity (I) combinator

The Identity combinator is the simplest combinator of all, it is a function which takes a single argument and returns that argument.

The Kestrel is a function which takes two arguments and returns the first argument.

We can partially apply this function to give us a constant function, ie. a function which will always return the same value no matter what argument you give it.

The Kite is a function which takes two arguments and returns the second argument.

The Cardinal is a function which takes another function, who has 2 arguments, and flips those arguments.

We can use the Cardinal to flip the arguments of a function as follows:

The Mockingbird combinator takes a function and applies it to itself.

This combinator may seem particularly odd at first sight, but it will come in handy, trust me!

Here I will demonstrate how we can use Church encoding to implement boolean logic. The combinators which we have just talked about will help us with this.

We can start by defining our booleans. These will have to be functions as we don’t have anything else.

We can define these using the Kestrel and Kite respectively, and building from this we will implement the boolean logic that we are all familiar with.

When we come to test our boolean logic, it will be useful to have a helper function which can convert these back to JavaScript booleans.

With that in mind, you can see that if we were to flip the arguments of the True function, we would get the False function, and vice versa - this is exactly what we need for a not function.

It follows that we need the result of calling ifThenElse with only 1 of its (boolean) arguments to simply return that argument. The function that does this is the Identity function!

This works because we can always substitute a value with the result of calling the identity function with that value.

For or we need a function which takes 2 boolean values and returns True if at least one of them is True.

We can use the Mockingbird combinator for this.

If you can’t quite unpick how this works in your head, remember that the Mockingbird takes a function and calls that function with itself, so:

For and we need a function which takes 2 boolean values and returns True if both of those values is True.

This function basically reads as:

For equals we need a function which takes 2 boolean values and returns True if both of those values are the same.

This function basically reads as:

That is as far as we will go with boolean logic! Soon we will move on to implementing numbers and arithmetic - but first I will introduce a few more combinators which will help us with this.

Sounds slightly confusing described in this way, but this combinator, when called with just two of its arguments, actually just composes two unary functions (a unary function is a function which takes a single argument).

If you are not familiar with function composition, this means chaining functions in such a way that the return value of one is passed to the next:

Notice that in this case the composition goes from right to left - the argument is doubled and then 3 is added.

You can visualise how the composed function works by defining the function like this, which is its less elegant equivalent:

The thrush combinator takes two arguments, and calls the second with the first.

The vireo combinator takes three arguments, and calls the third with the first and second.

This combinator is very interesting, as we can use it in combination with the Kestrel and Kite combinators to create a 2-tuple or pair data structure.

It is worth noting that it is much more satisfying (although somewhat hard to get your head around) defining this function in terms of the Bluebird. ie. it is the composition of composition and composition…

Now that we have some more combinators in our toolbelt, we will implement natural numbers (zero and positive integers) and arithmetic.

We can define numbers in terms of number of times a function is applied. For example one is the application of a function with a value once:

And following on from that idea, zero applies a function to the second zero times:

How we really want to do this is to start with just zero (which you may notice from the above implementation is equivalent to the Kite combinator), and use a function to generate the subsequent numbers.

This is our succ function, which gets the successor of a number:

Or alternatively, implementing this with the Bluebird (composition) combinator:

We can implemented positive integers using this succ function:

To test our implementation of Church numbers, we will define a toJsNum function:

For add we need a function which takes two Church encoded numbers and adds them together.

This essentially says ‘give me the nth successor of k’.

For multiplication we need a function which multiplies 2 church numbers together.

But looking at the above we can see this is equivalent to the Bluebird combinator, or composition. Multiplication is simply composition!

Our pow function is the Thrush:

Out of the operations we will look at, this is the most difficult to implement.

Defining a pred function will prove to be more difficult than defining a succ function. We will do it by using the Vireo, and the pair data structure which we introduced earlier.

Now lets define the following function which takes a pair of church encoded numbers and converts it to a nice readable JS string, which will help us with visualising what we are about to do:

Next lets define another function, phi:

This phi function takes a pair, and returns another pair where:

So, how can this help us define a predecessor or subtraction function. Well, look at the following:

By starting with a pair of zeros, and applying phi n times, we find that we get a pair whose first element is equal to n-1, the predecessor of n! We can write a function for this as follows:

Note that we have the limitation that this function considers zero to be the predecessor of zero, and hence there are no negative numbers.

And pred is to subtraction as succ is to addition, so we may define our subtraction function as:

We can define our lessThanOrEqual by subtracting the second argument from the first, and checking if it is zero.

For greaterThanOrEqual we just need to swap the first and second arguments around. Sounds a lot like the Cardinal!

For greaterThan, we can simply compose not and lessThanOrEqual. Note that as lessThanOrEqual is a binary function (takes 2 arguments), we must use the Blackbird for composition, rather than the Bluebird.

I will leave it up to you to consider how we can define lessThan.

We have looked at a variety of combinators, and how we can define the formal systems of boolean logic and natural numbers using Church encoding. This is a large topic, and you may have noticed that I left out certain combinators and operations, for example division, the Y-combinator. I decided to leave these outside of the scope of the article, but may write about them in future.

As a final note, while Church encoding is interesting way to show how we can build formal systems using lambda calculus, it is worth noting that it is not efficient for performance, and is not the method used by programming languages such as Haskell which are modelled around lambda calculus.

I highly recommend the following Udemy course if you are interested in learning more about functional programming in JavaScript:

In addition, the following were really helpful for writing this article, and I very much recommend them as further study: